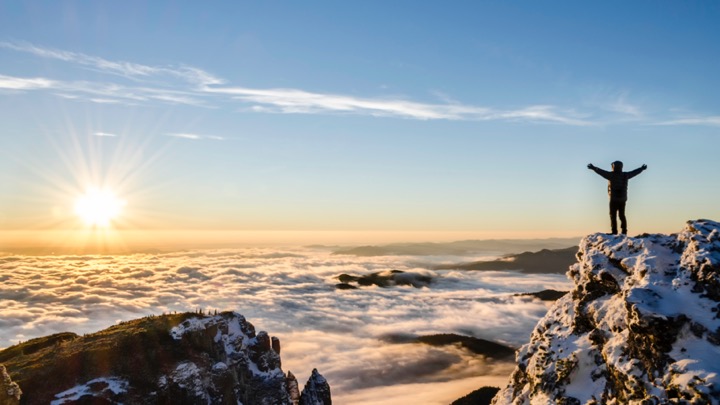 The Value of Persistence

Microsoft wins due to persistence and their competitor's lack of persistence... sometimes sticking to a vision counts!

Many people see Bill Gates and Microsoft as being very fortunate and lucky. Indeed, they are.  However, even if many of the circumstances of their success were eliminated, the fact is that he and the people around him worked very hard and persisted until they were successful, much more than their competitors.

I never worked for Microsoft, but often competed against them.  I often won.  But that isn’t the point.  Bill kept his company focused on his vision and goal for years on end.  Yes, I personally won the many sales battles, but overall, the companies I worked for lost the wars against Microsoft.  I and others were lone soldiers competing against a corporation with a vision and a willingness to persist until they won.  Bill persisted in his vision until it became a reality, and that persistence paid off.

Windows was first announced to the world in 1983.  It languished as a curiosity item untilNovember 1992 with the announcement at the COMDEX show in Las Vegas.  Microsoft had been working on the product for nine years before it became an “overnight” success.  Before that COMDEX announcement, windows was a minor player in the industry, much like Apple was at the time.  MS-DOS was the dominant operating system andWindows was seen as simply an MS-DOS add-on with a niche following.

Several years before the announcement, IBM and Microsoft decided to work together to produce a graphical replacement forMS-DOS.  Together they releasedOS/2.  A heavy-memory operating system that attempted to meet the needs of many of IBM’s customers.  Because it was so memory heavy, it was “clunky”for the average user.  It met the needs of the IT department, but offered very little for the average business person.  Bill and team took a gamble and produced amore mature version of Windows that was “lighter” and offered more for the enduser.  They left out the clunky parts that appealed to IT departments in favor of those features the average businessperson would find useful.  They did this while simultaneously developing OS/2 with IBM.

At COMDEX in 1992 Microsoft announced this new version of Windows.  Apparently IBM’s executives were furious.  However, IBM made a classic mistake.  They met with the Microsoft exec’s and decided to compromise and jointly announced to the world that Windows is the “stepping stone to OS/2”. However, once a person used Windows, OS/2 appeared very “clunky”.  It left everyone wondering why would anyone switch.  Now with IBM’s endorsement the market migrated to Windows in droves.

At the time, desktop applications were very expensive at roughly $400-500 each (word processor, spreadsheet and possibly a graphics package).  A workstation could have $1-2,000 of software installed.  To throw this away in favor of an operating system that the IT staff liked, purchase new software and end up with less functionality seemed ludicrous.  OS/2 offered IT a lot of “control” of PC’s in an organization, but for the average business user it offered very little.

Microsoft’s gamble paid off and Windows became a success (I’ll write a bit more in a later blog how Microsoft helped ensure this).

The main point here is that what began in1983 as a small project, nine years later turned into one of the most successful pieces of software ever developed. Bill and Microsoft persisted for almost a decade to make Windows an “overnight success”!

Common wisdom at the time, was that if products were not a runaway success within the first few years, the projects were abandoned.  Bill’s persistence in the face of this business logic paid off handsomely.  His vision and ability to chart his own course allowed him the opportunity to hit this home run and become the success he is today.

So often success or victory does not go to the swiftest nor the most skilled, but to the one who persists.  Bill Gates and Microsoft are prime examples of this.